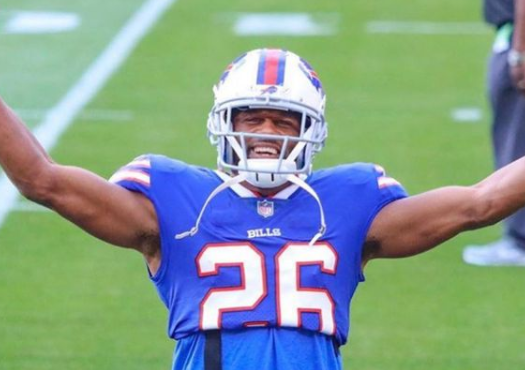 You may have heard of Valentino Dixon, the Buffalo native who was recently freed from jail after 27 years, after being wrongly convicted. Dixon made a name for himself in prison for his art skills, and was even commissioned to create a painting for the Obamas. Naturally Dixon is a huge Bills fan, and is excited to see them back in the playoffs. But being one of the 6,000 + fans that are limited to the game is easier said than done, unless you have a hook up from someone who has pull…….like Bills RB Taiwan Jones.

Jones didn’t previously know Dixon but after hearing his story he reassured him he will be one of the fans present to see the Bills take on the Colts this weekend.

Dixon hasn’t seen a Bills game in person since he was 11, safe to say he is excited from his comment below.

“This team right here, I know they can beat anybody. They could’ve beaten anybody last year, but they just weren’t ready—now is the time. And I don’t have any doubt that a Super Bowl is coming to Buffalo, if not this year, then the next three years.”